The sensing blocks on the Robobo base are the following: 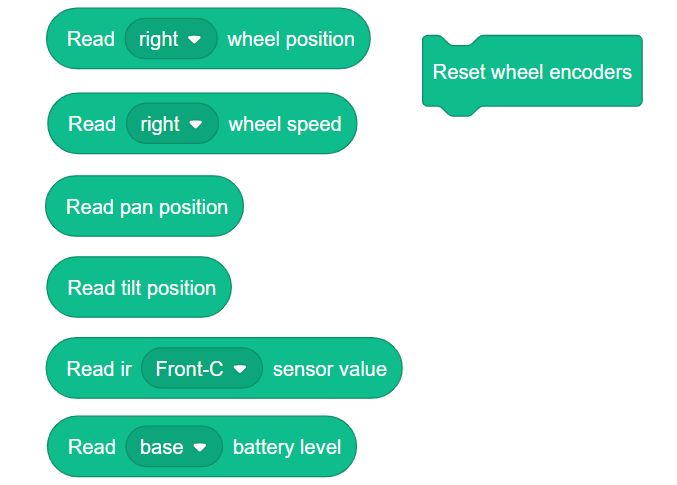 All of them are related to information that Robobo can capture through the sensors located in the base. It is important to use the monitoring window to check the values returned by these sensors in real time in each specific environment. 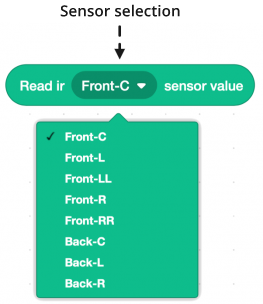 The following program makes Robobo move forward until it encounters a nearby obstacle in the central front sensor (the value of 100 must be adjusted to the light level and the type of object). When that happens, it moves backwards for 1 second to separate from the obstacle, then rotates 180º and, finally, it moves in the opposite direction during 2 seconds: 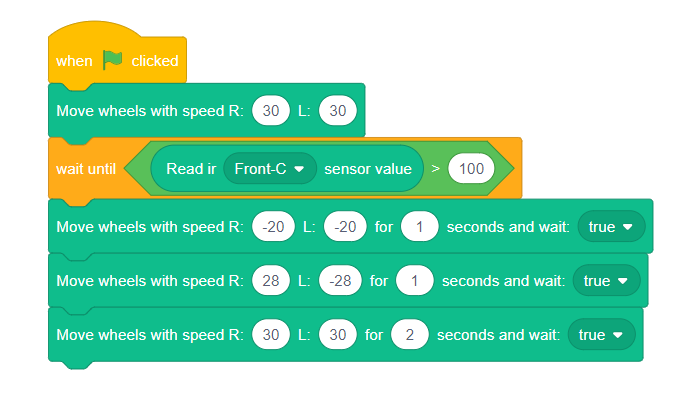 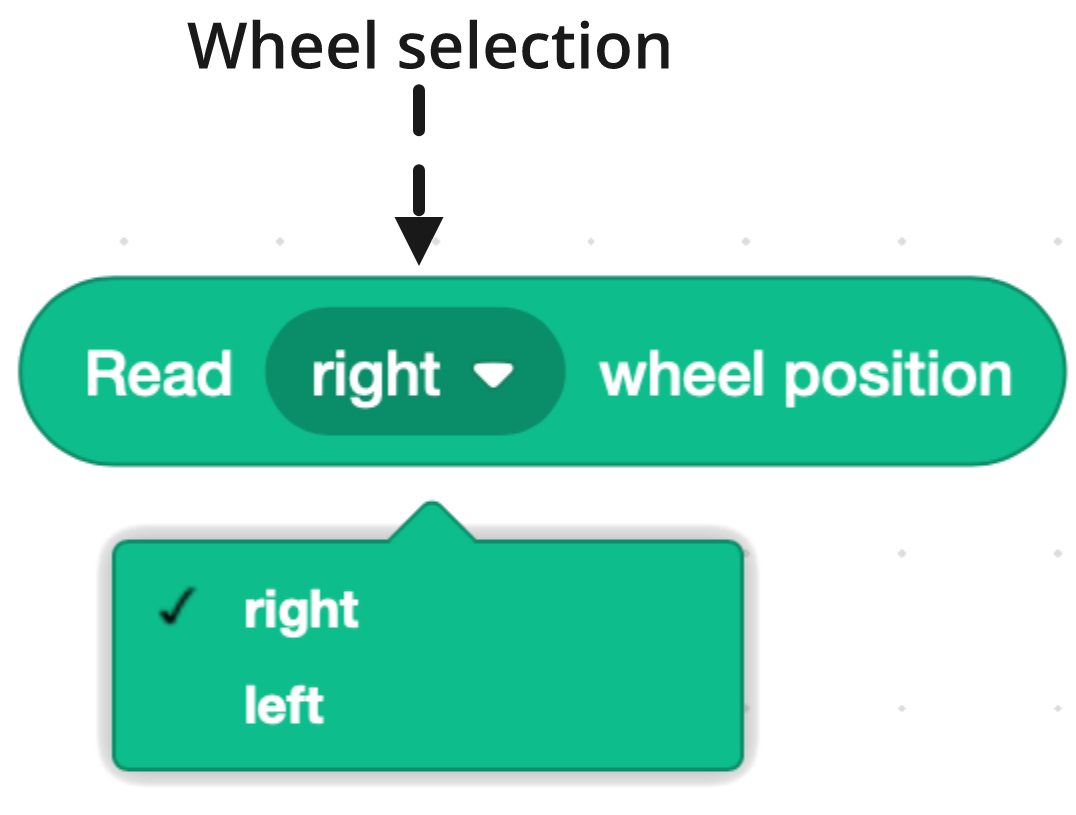 With this block, we can know the approximate distance Robobo travels. In this example, this block is used to make the robot to stop when the right wheel has made 2 full turns (720 degrees). If we know the length of the circumference of the wheel, we can easily determine the distance travelled: 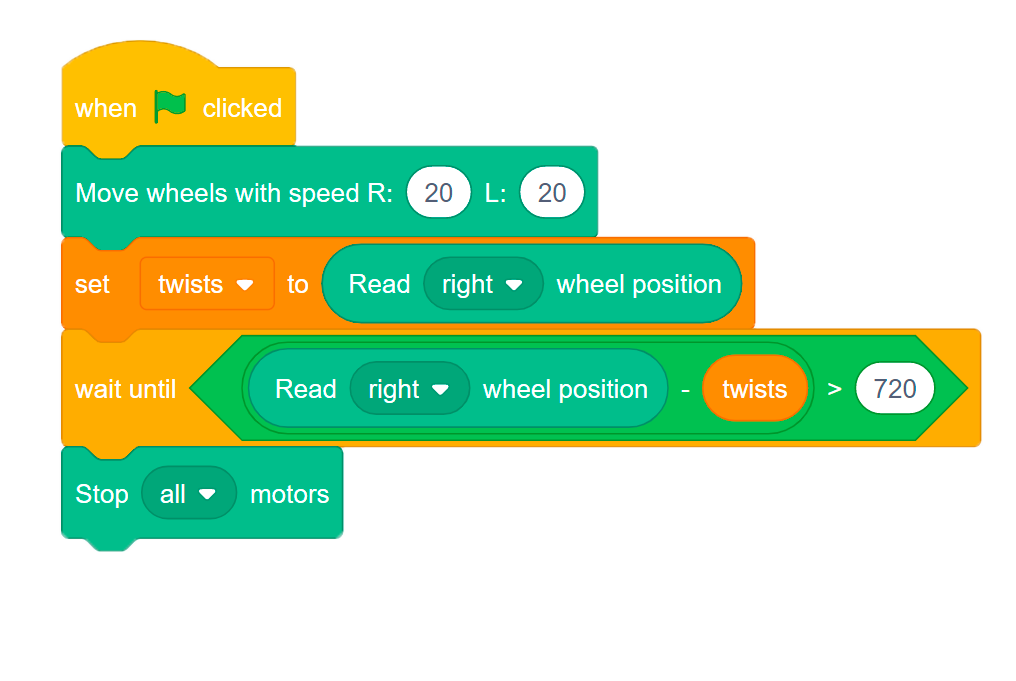 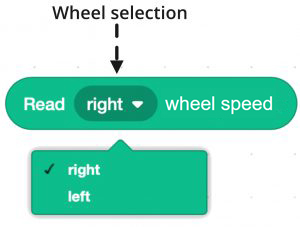 The following program makes Robobo advance in a straight line with a speed that increases by 10 from 20 to 50 (4 times). At each step of the loop, it says the real speed reached by the wheel (only the left wheel is used as both use the same value). 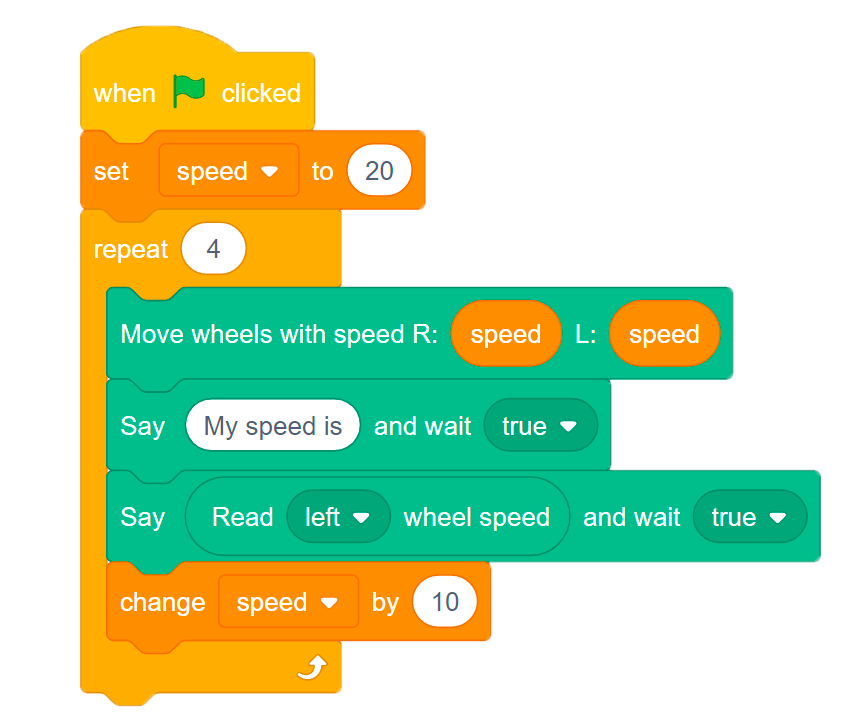 The next program makes Robobo run in a straight line until the wheels have made 5 full turns. For this, the RESET WHEEL ENCODERS block is used within the loop, so that it can be used as a 360-degree comparison value. If this sensor is not reset, the value of the rotated angle will not stop growing: 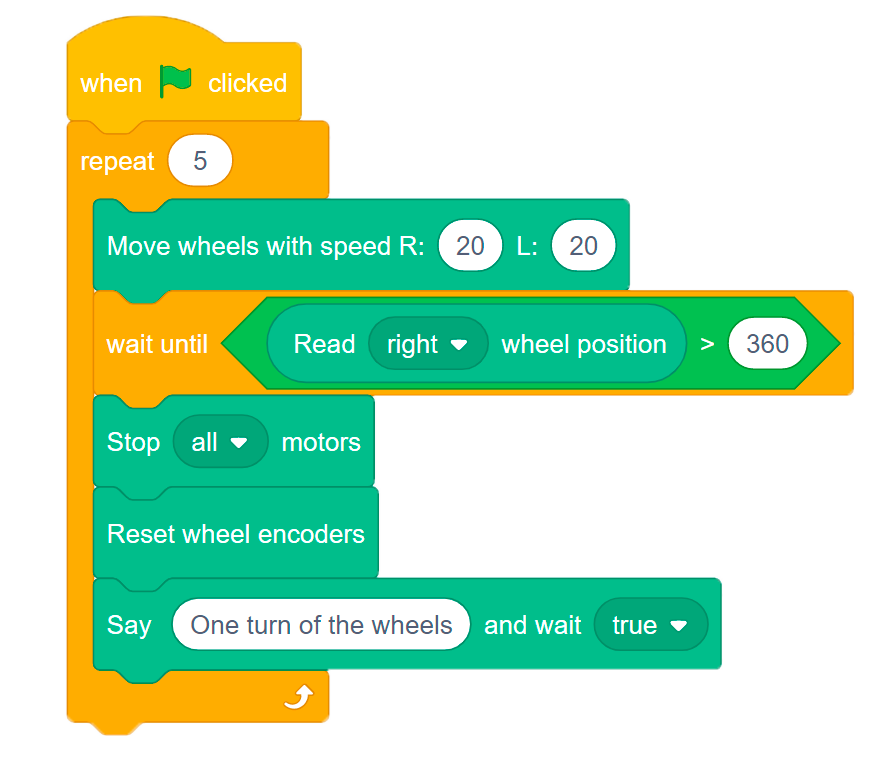 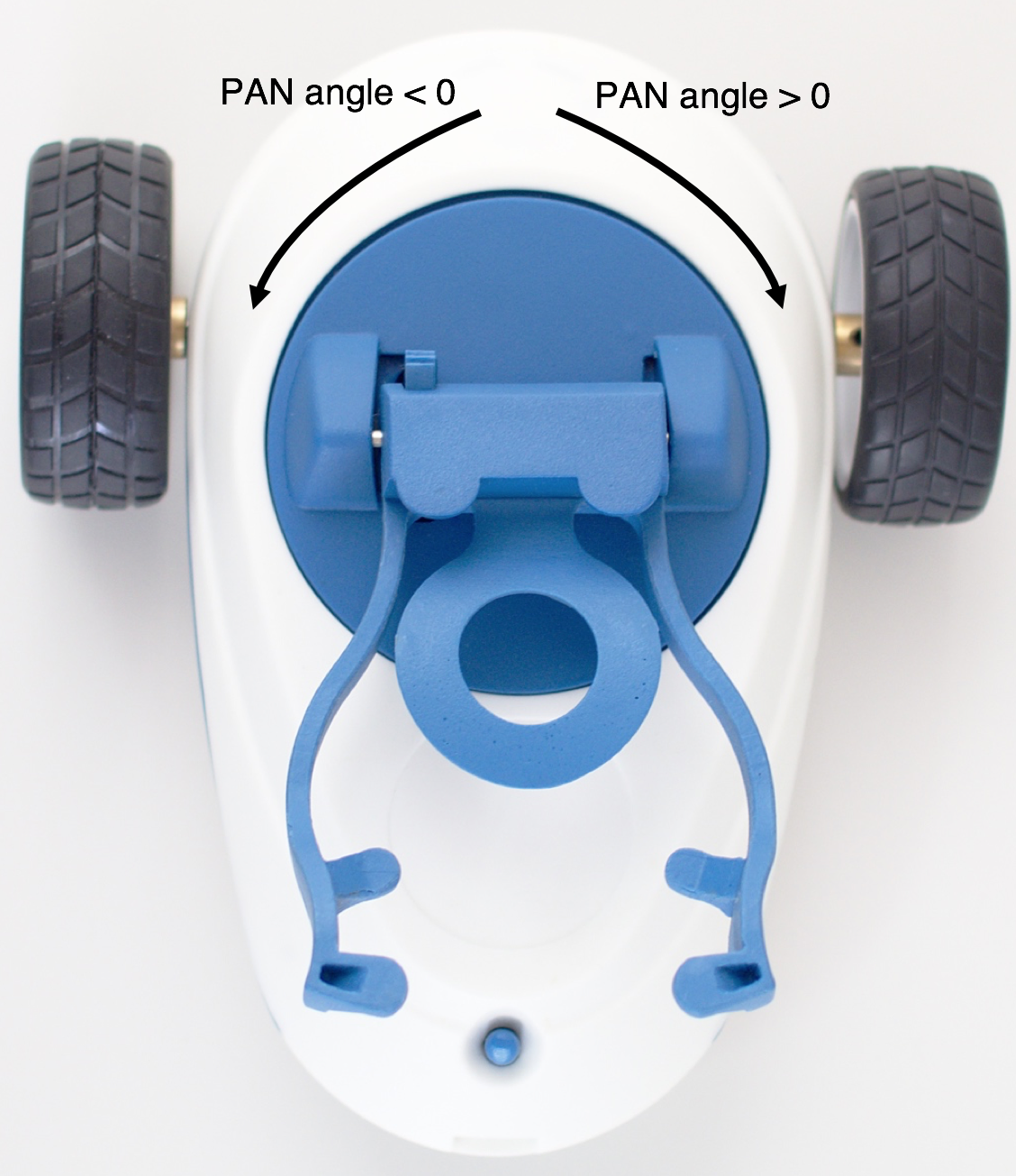 In this example, the PAN motor is moved to a random value within its operating range, and then the LEDs on the base side corresponding to the rotation made are turned on. We can see, therefore, that this block allows us to know the orientation of the smartphone with respect to the base at any time: 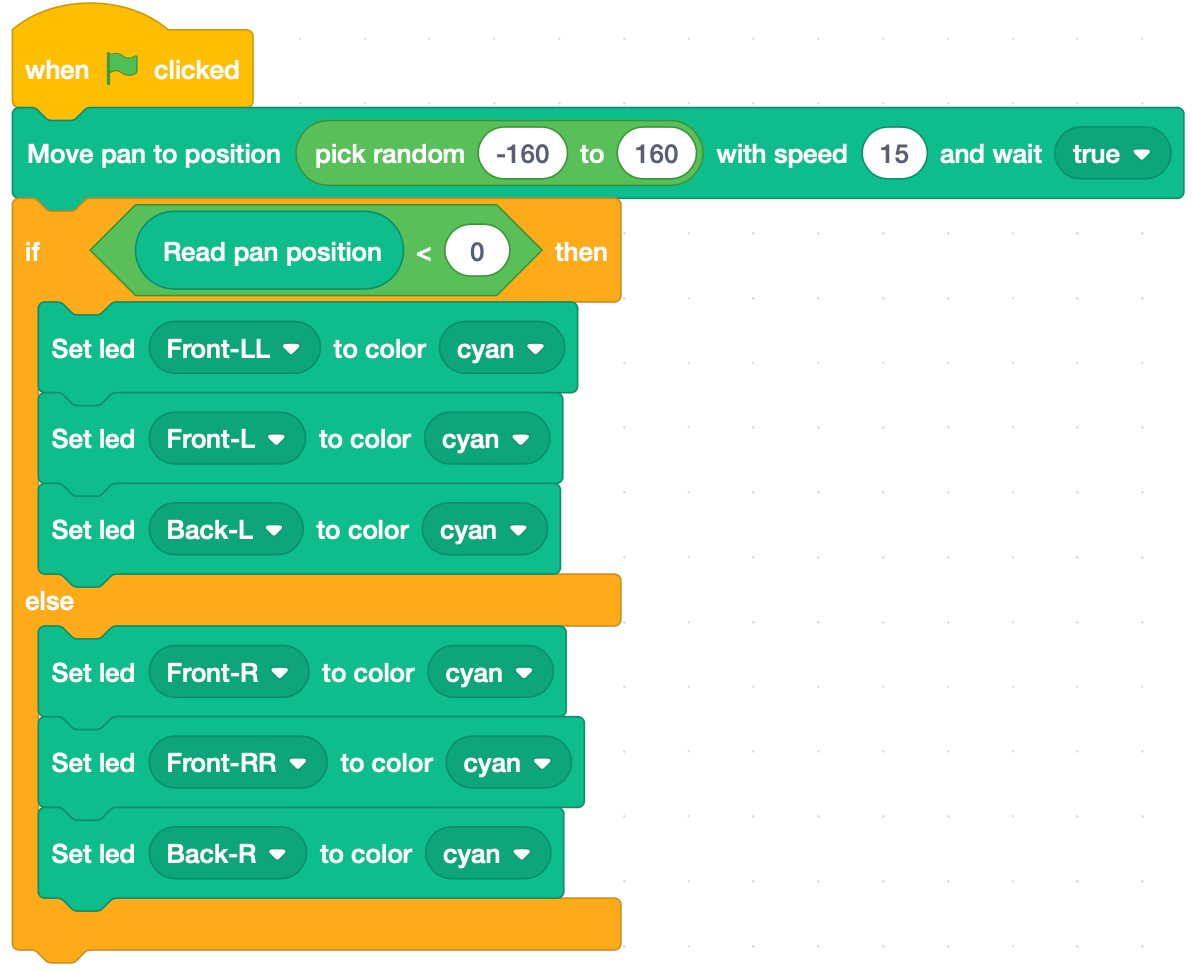 In this example, the TILT motor is moved to a random value within its operating range and then the front or rear LEDs of the base are lit according to the TILT angle. We can see, therefore, that this block allows us to know the orientation of the smartphone with respect to the base at any time: 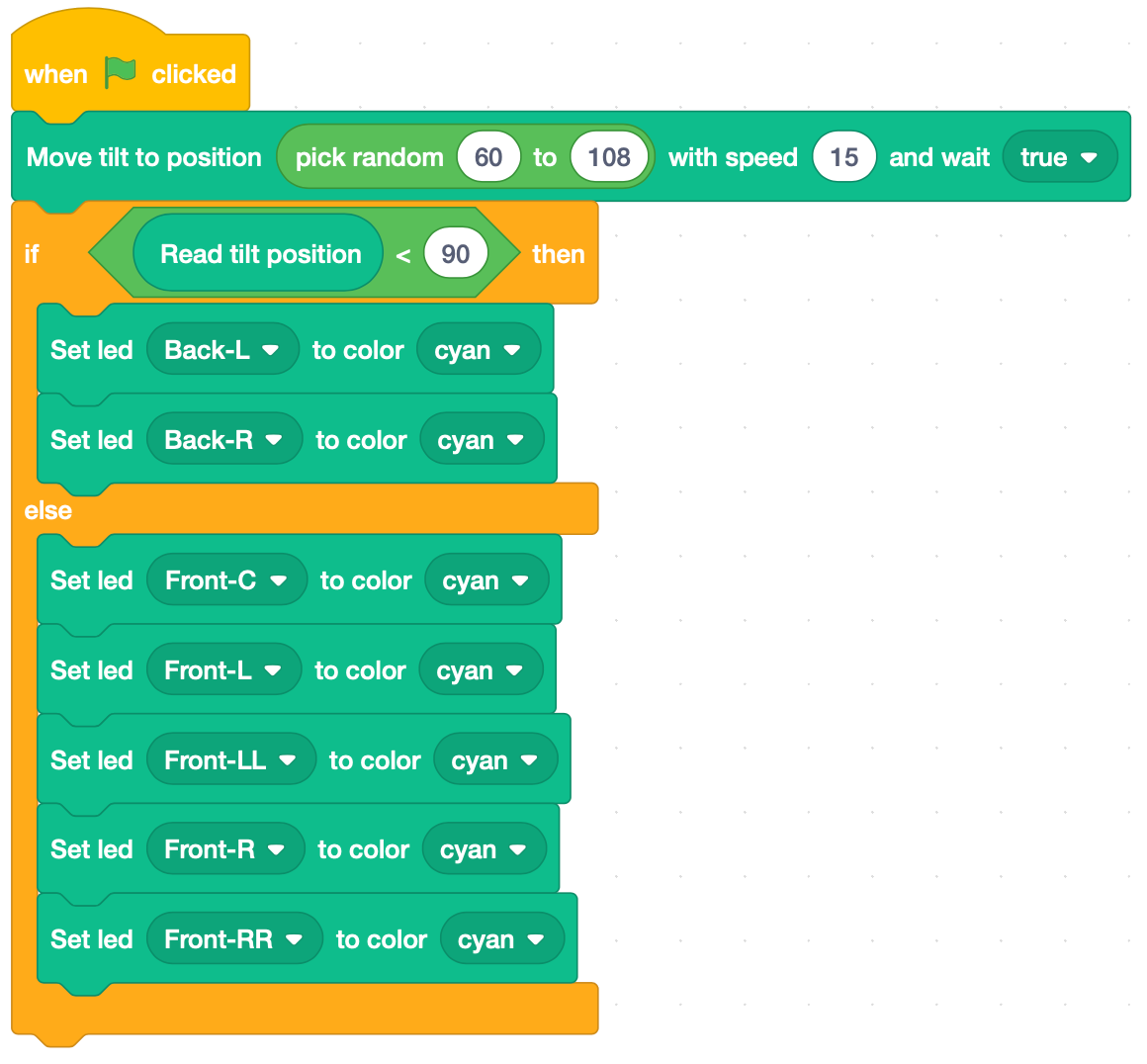 Below is a typical program that could be in permanent execution, controlling the battery level every 5 minutes (300 seconds), and showing a warning when that level falls below a certain threshold. In this case, the warning consists in turning on the red LEDs in an intermittent way: