Robobo consists of a mobile base that is coupled with a Smartphone with which it connects wirelessly. The base is the body, the skeleton and the muscle of Robobo, while the smartphone is its brain, and also its senses (sight, hearing, touch). 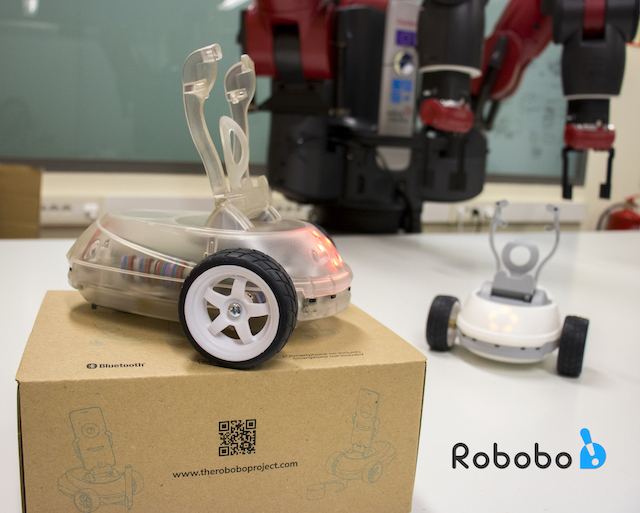 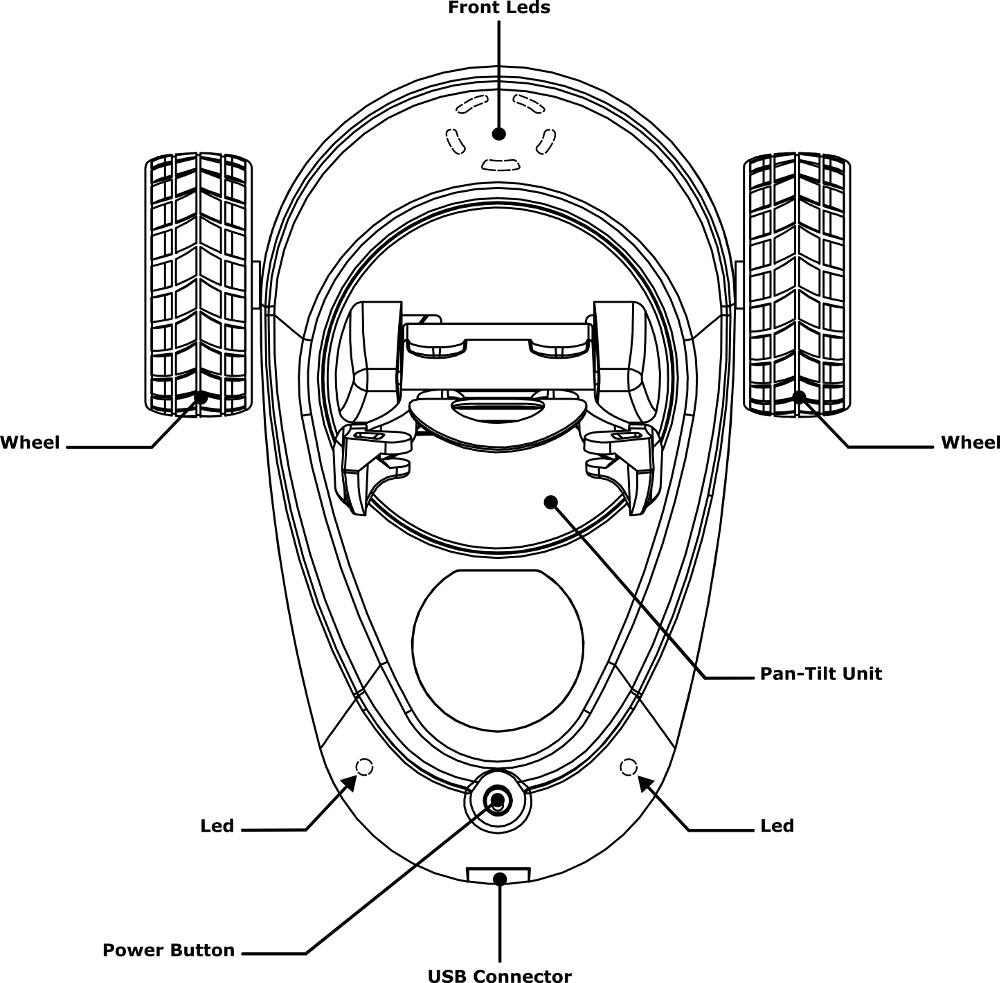 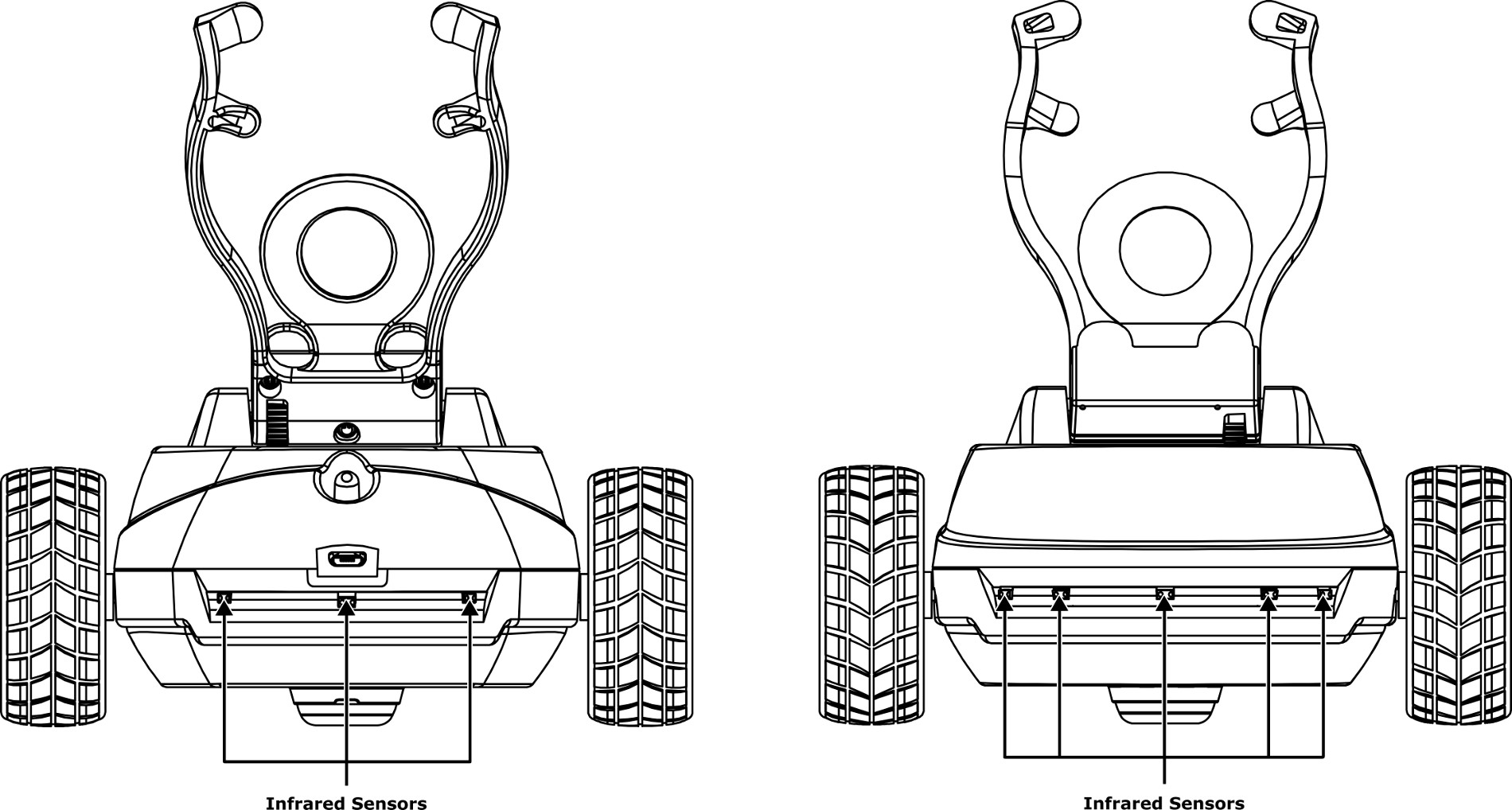 The LEDs of the robotic base are illuminated depending on the state of the same. Its meaning is the following:

Before using the robotic base for the first time, or if you have not used the battery for a long time, the battery should be charged. 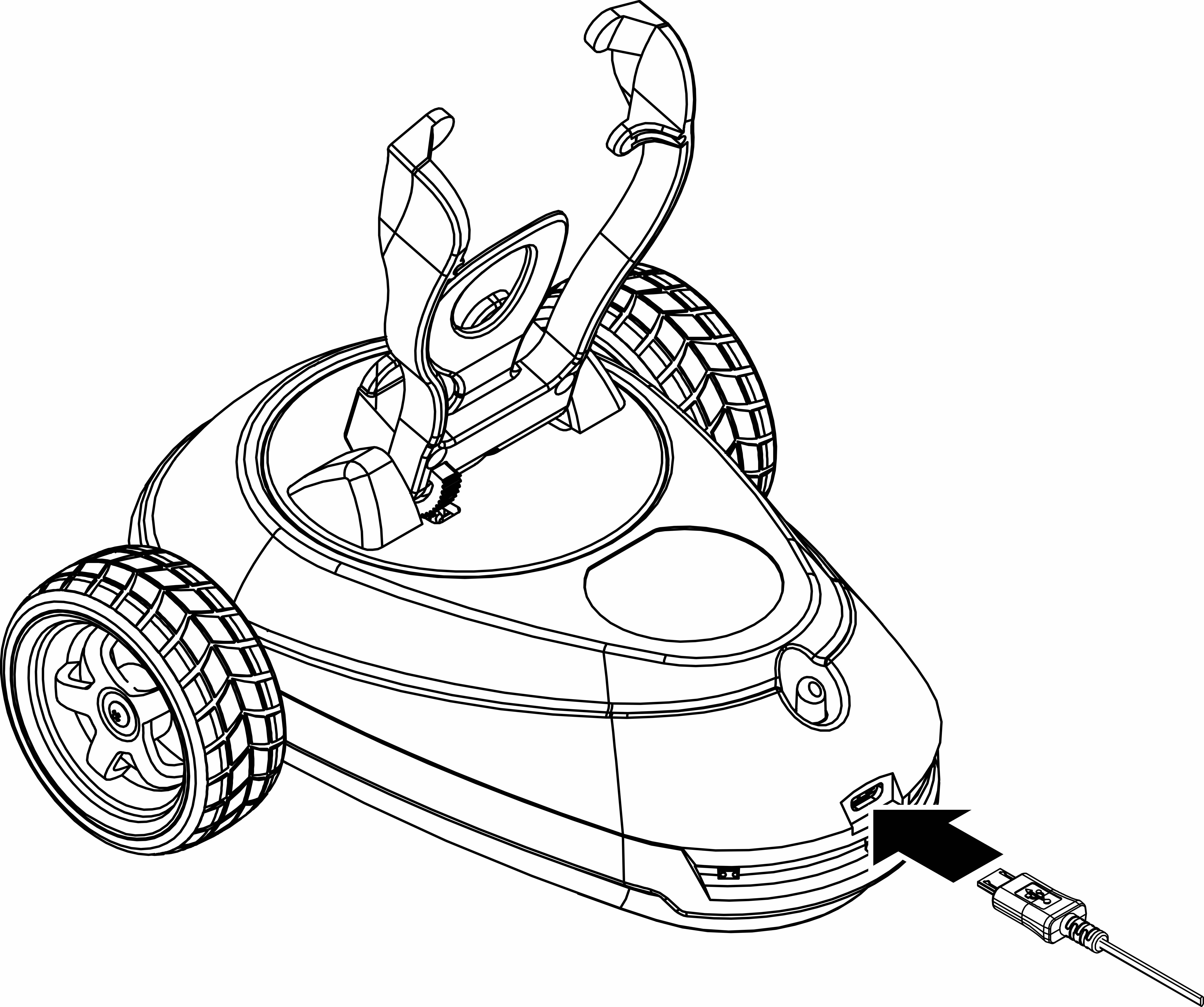 If you connect the cable incorrectly, it could cause serious damage to the base. The warranty does not cover any damage caused by misuse.

After fully charging the robotic base, disconnect it from the power supply. First disconnect the microUSB cable from the base, and then from the electrical network.

TURNING ON AND OFF THE ROBOTIC BASE

To turn on the robotic base, place it on a flat surface free of obstacles. Press the button located on the back, as shown in the following image: 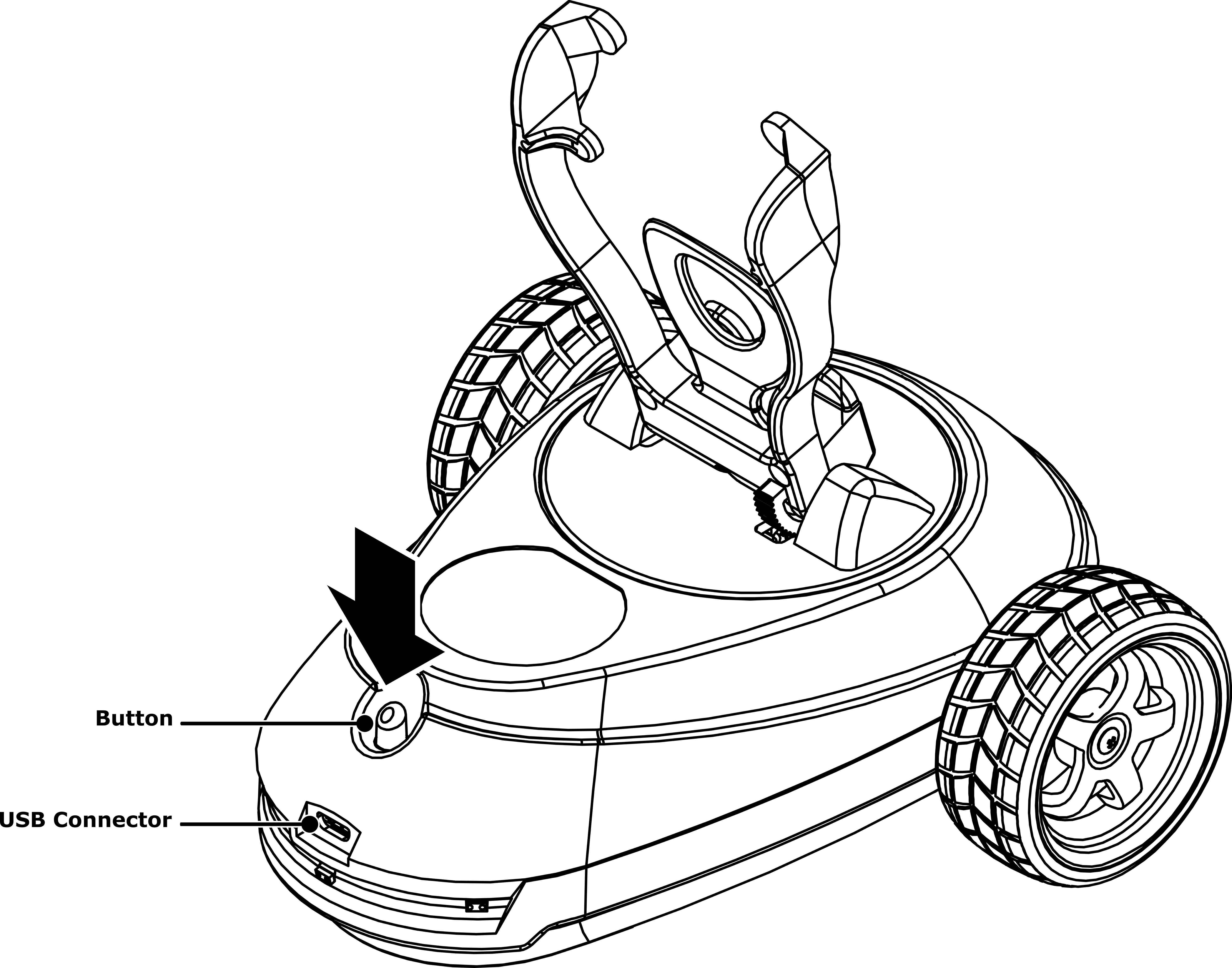 During the ignition, the robotic base can perform a calibration movement of the pan-tilt unit, which will rotate around its axis as indicated in the following image. Do not obstruct or touch the pan-tilt unit until this movement is completed. 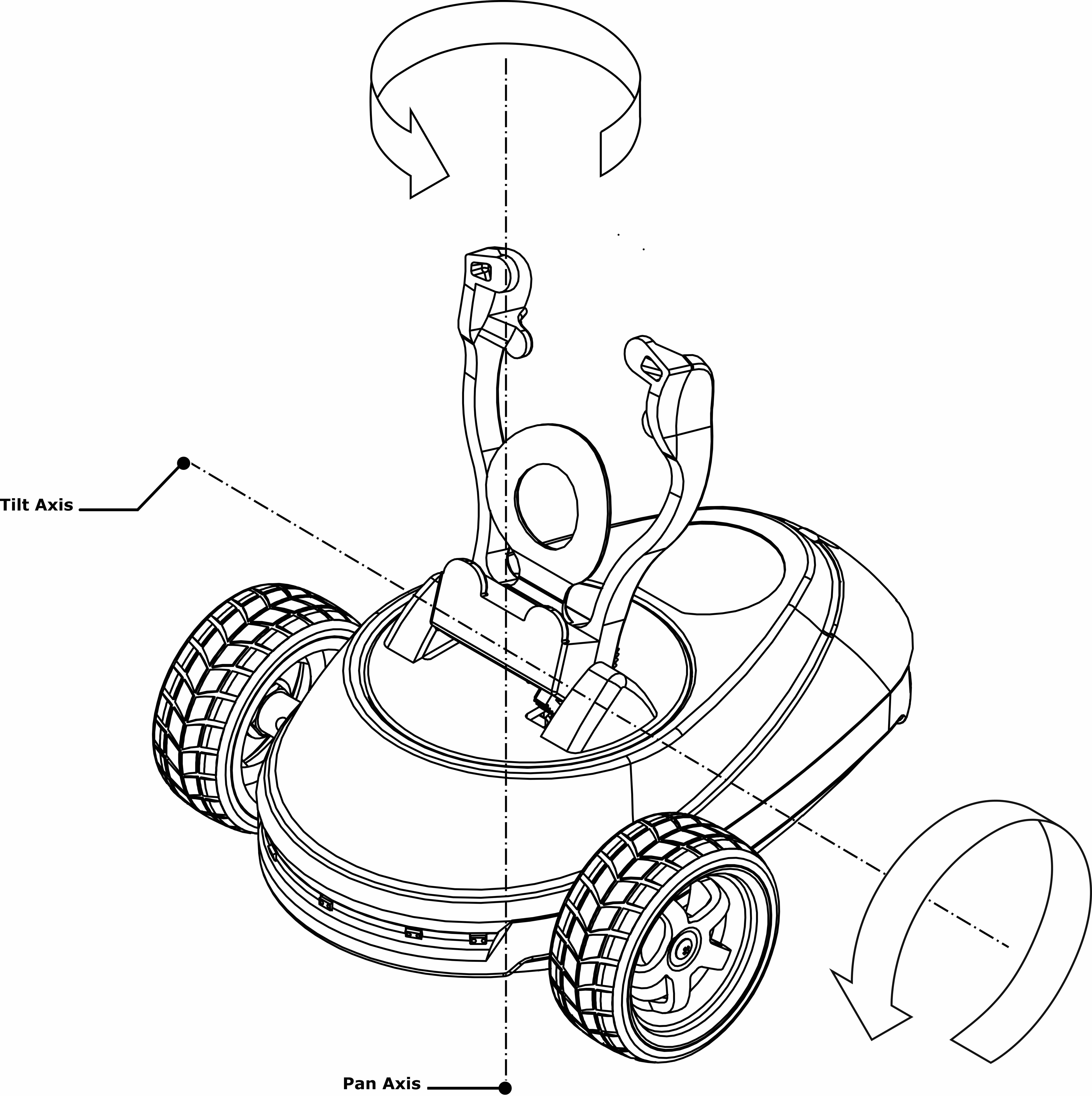 Once the pan-tilt calibration movement has been completed, the robotic base will be ready for use.

To turn the base off, simply click on the on/off button of the back. Turning off the base does not fold the Smartphone holder. To do it, you have to use the Robobo app.

Information on how to connect the Smartphone to the base and how to use both can be found on the Robobo app user guide and on the initial configuration page.