The action blocks of the Robobo smartphone are the following: 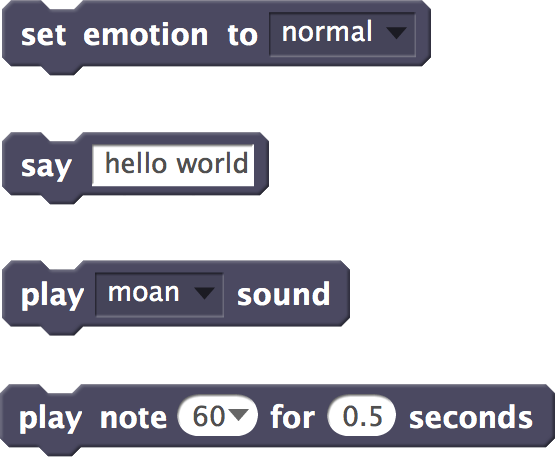 All of them allow Robobo to perform useful actions to show information or to communicate with users. 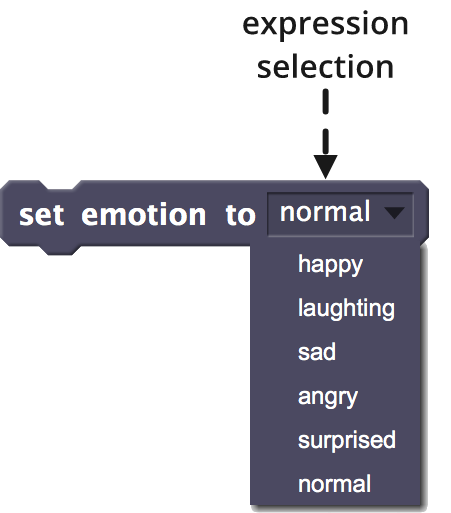 In the following example, Robobo shows surprise when encountering an obstacle. Initially, it moves forward until it encounters a nearby obstacle with the central front infrared sensor. At that time, he shows a surprised expression, turns back and moves in the opposite direction for 2 seconds. Finally, it shows a laughing expression: 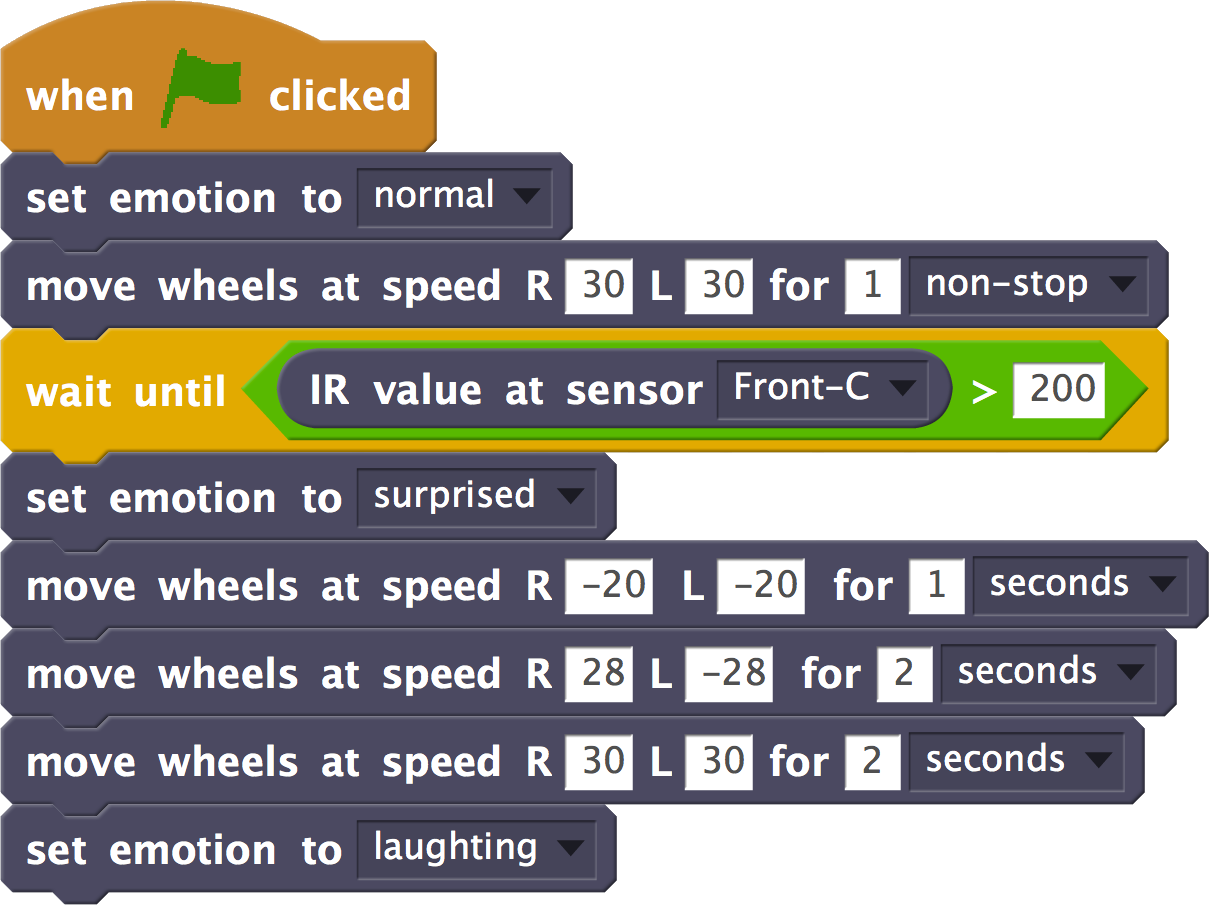 The next program makes Robobo smile, then it says the phrase that is written in the say_ block, and finally, it returns to the normal facial expression.

We could obtain a more natural expression if we use two say_ blocks, so we can intercalate the facial expression:

The following example, similar to the one we saw in the set emotion to _ block, now adds three voice alerts of what Robobo is doing, which helps the user to know what it is doing. At the beginning of the movement it says “I start”, when it finds an obstacle it says “stop”, and at the end it says “end”: 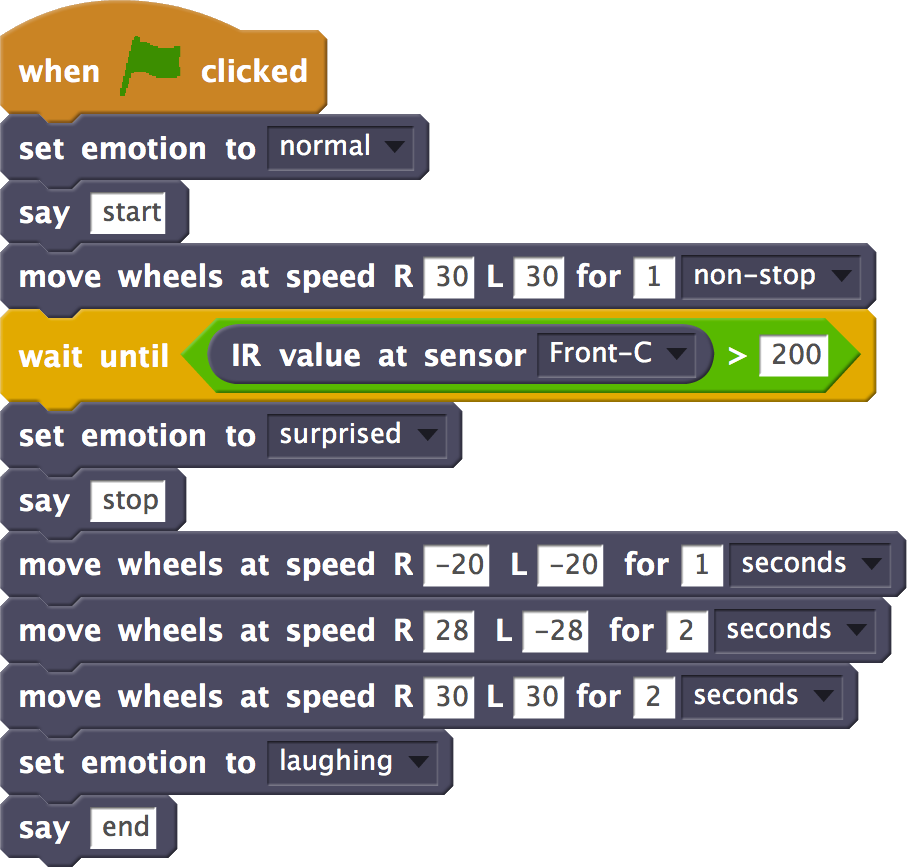 The following program allows the user to touch different parts of Robobo face, eye, mouth and chin, emitting a different sound in each case. It shows joy if you “caress” the chin, surprise if you put your finger in the mouth, and anger if you put it in the eye. This is achieved by using the tap zone sensor and both the set emotion to _ and the play _ sound blocks in an infinite loop with different conditionals. 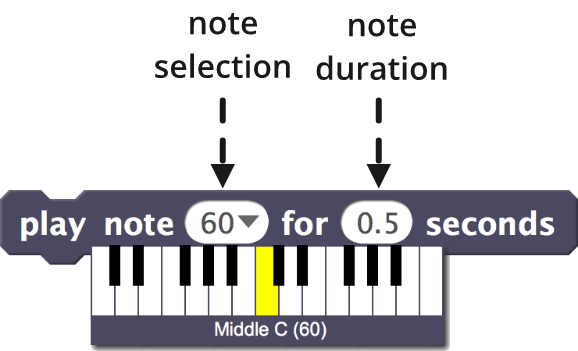 The following program reproduces a part of the musical scale using the numerical notation discussed above: 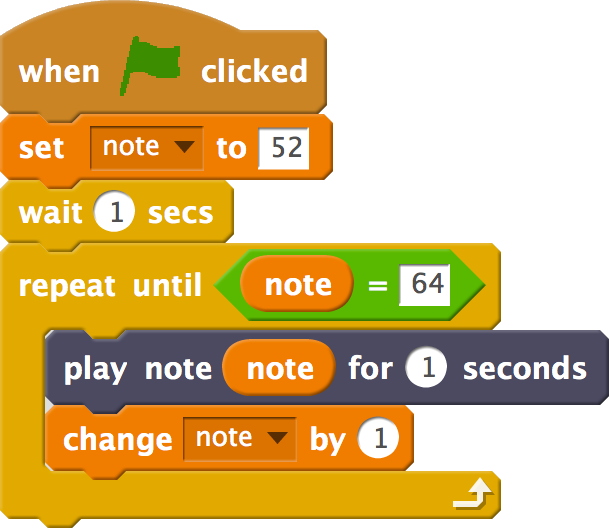